After Kylie Jenner shared selfies with her 7 weeks old daughter on IG, her ex boyfriend, Tyga, who has claimed Kylie’s daughter as his, also posted his childhood photo to drive speculation that she looks like him.

Here’s what happening… Kylie and her ex-boyfriend Tyga ended their relationship months before she started dating and got pregnant for Travis Scott.

When rumours started that Kylie was expecting, Tyga posted and deleted a suggestive post that seemed to claim that the baby might be his.

Months later, Kylie gave birth and named her little girl – Stormi Webster – a clear indication that Travis was indeed the father as the child beared his surname. Some ‘social media trolls however asked Tyga to ask for a DNA test and he seems to be indirectly playing along. 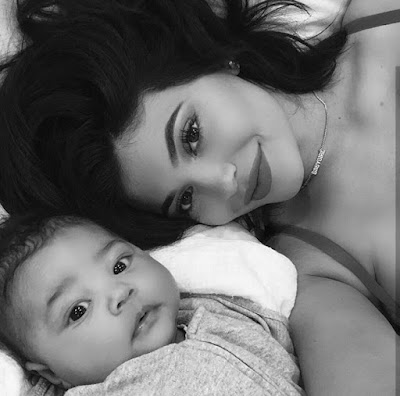