Ex-Big Brother Africa housemate, Pokello, who recently went public with her marital crisis and eventual separation from her husband and co-BBA star, Elikem, has weighed on the relationship between Big Brother Naija housemate Cee-C and Tobi.

Pokello’s tweet came after Cee-C was spotted following Tobi around today, begging for his attention which he never gave her. According to Pokello, falling in love in the house and falling in love outside the house, are two different experiences.


You know when u play hard to get coz you want that nigga to go all out to get you. Then he decides he is tired of chasing but now you have fallen. Cee-c now dey feel Tobi roff. We hv been there before

But I blame Tobi, that kiss during the Dancing task was when love sweet Cee-c bad. So now she can’t understand how just 4 days later he has just gone cold. Why kiss the gal like that dat na

Every woman has played this game. It can either go the way u want or in this case he gets tired of chasing just when u ready to give in. Coz we love being chased and a nigga clamouring for us. See how the screenshots will be flying amongst the squad.

It really did. That’s where she lost the plot. And it’s going to affect her game now. Trust me I know this, once u fall in love in that house, it’s a wrap for ur game. She can’t say it out right. She is worried about how it will make her look but already her actions are already selling her soul

Ah these men low key also want to be chased. So now he feels like it’s his turn. He has confused her so bad. She is going to lose it soon

Lol till u fall in love in that house u cannot understand the level of madness. Falling in love and falling in love in that particular house are 2 completely different experiences.
Lol, I’m just good at keeping it together and not showing that I’m fronting. But deep down I was ready to kill for that man 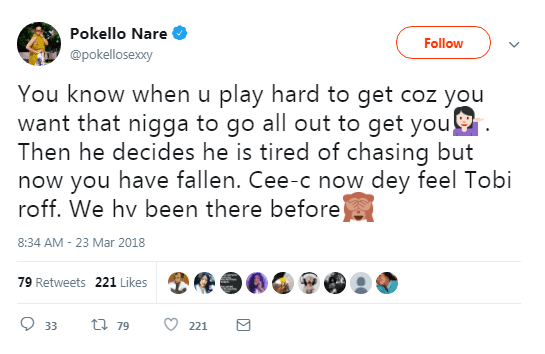 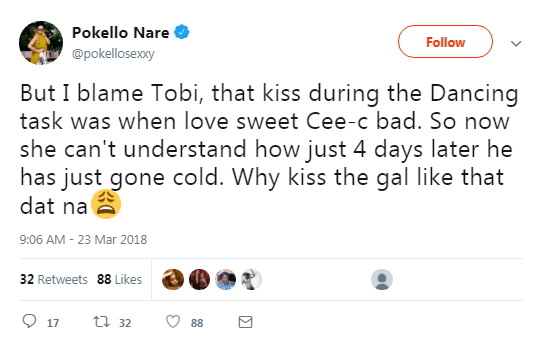 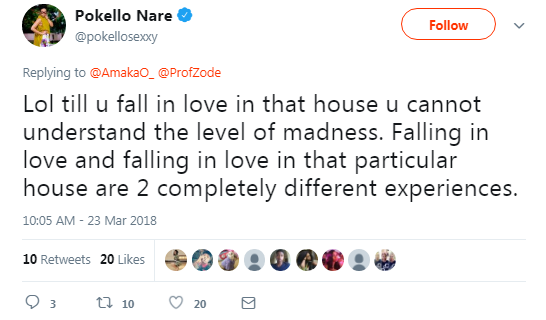 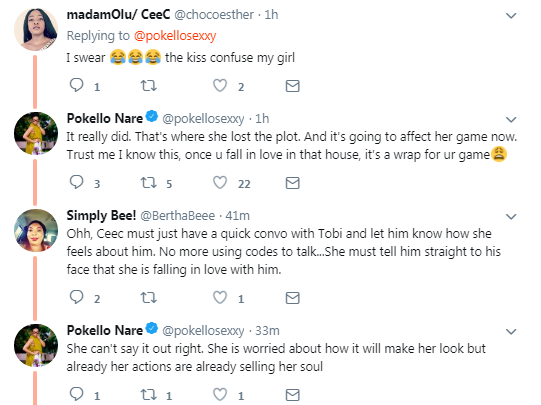