Ekiti state governor, Ayo Fayose, who is a strong critic of the Buhari administration, said this when he spoke to representatives of teachers, local government workers and private sector operators who paid him a courtesy visit in the state house in Ado-Ekiti, under the Oshoko Mass Movement(OMM), a political group. 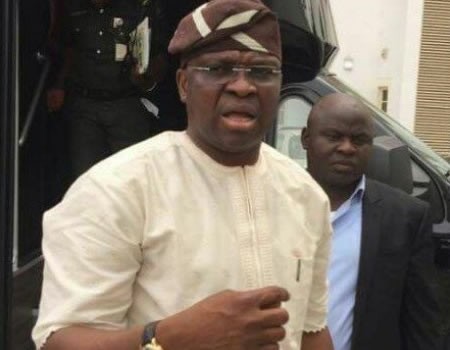 “Those who voted Muhammadu Buhari as the president of our country must seek for forgiveness. His leadership has brought unimaginable hardship and misery on the people. The killing is too much and if he continues in office the hardship will be intolerable. They said he would come and make the difference and make things better but the reverse is the case. Unemployment is second to none and he has killed the economy and made the people poorer. The level of nepotism is also unprecedented. Even their so-called fight against corruption is laced with favouritism and is one-sided,” he said

Fayose during his speech, lamblasted the former governor of the state now Minister of Mines and Steel, Kayode Fayemi, for allegedly not using his office for the benefit of the state.

“There are natural deposits across Ekiti, President Muhammadu Buhari spent N40 billion searching for crude oil in the north, what is Fayemi doing to unearth the minerals that abound here?” he asked

Fayose thanked Ekiti teachers and parents for making it possible for the state to take a big leap in the secondary education sector. He applauded them for endorsing his deputy, Kolapo Olusola, as his successor.