True to his world, Russia President Vladimir Putin has expelled 23 British diplomats from Russia after 23 Russian diplomats were expelled from the UK following a nerve attack on former spy Sergei Skripal in the Salisbury, England. 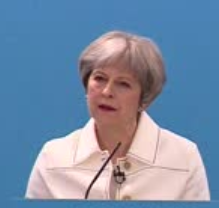 Asides expelling British diplomats, Russia also shut down the UK consulate in St Petersburg and the British Council cultural organisation. The Russian foreign ministry said the move was a “response to the provocative actions of the British side and baseless accusations of the Russian Federation relating to the Salisbury incident”. It warned the UK against “further actions of an unfriendly nature”.

After being updated by the British Ambassador in Moscow, Theresa May has warned the Kremlin that Britain will not be cowed by its decision to expel 23 British diplomats in an escalation of the dispute following the Salisbury attack.

Responding to President Putin’s decision to escalate diplomatic tensions, Mrs May told a gathering of Conservative Party members that his antics would not distract from the fact that Russia was “in flagrant breach of international law.” Speaking at the Conservative Spring Forum in London, Mrs May said Russia’s response, which includes shutting down the British Council, did not “change the facts of the matter”,

Mrs May said: In light of their previous behaviour, we anticipated a response of this kind and we will consider our next steps in the coming days, alongside our allies and partners.

“But Russia’s response doesn’t change the facts of the matter – the attempted assassination of two people on British soil, for which there is no alternative conclusion other than that the Russian State was culpable.

“It is Russia that is in flagrant breach of international law and the Chemical Weapons Convention.”

Mrs May reiterated her intentions to “dismantle” the Russian spy network operating out of the UK and to suspend all planned contact between the UK and the Kremlin.

She said: “We will never tolerate a threat to the life of British citizens and others on British soil from the Russian Government.”