The Director-General of Voice of Nigeria, Osita Okechukwu, has advised South East indigenes to support the re-election of President Buhari as they will be the major beneficiaries of it. 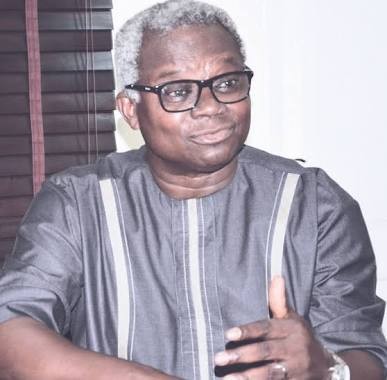 Osita in a chat with newsmen on Sunday in Enugu, said this while reacting to the position of Ohaneze Ndigbo, that it had not decided on which candidate to support in the 2019 election as all they are concerned about right now is restructuring Nigeria.

Speaking to newsmen, Osita who is a staunch member of APC, said Buhari’s re-election will make the dream of an Igbo man becoming a president in 2023 a reality.

Restructuring is not a one-day event, but the golden opportunity of Buhari being the only northerner, going by the 1999 Constitution of the Federal Republic of Nigeria, and the zoning convention, with only four years that ends in 2023 is a matter of fact. Voting for any other northerner means postponement of the golden opportunity which Mr. President’s re-election offers Ndigbo. Restructuring is already on the cards of our party, the APC. Definitely some items will be restructured before the 2019 general elections, going by the Mallam Nasir el-Rufai committee’s recommendations. Secondly, Ndigbo stand to benefit immensely from Buhari’s massive critical infrastructure – roads, rails, agriculture and power projects. As one of the most hard-working and entrepreneurial people in Nigeria, we stand no doubt to gain from the 5,000 kilometres of federal roads, 5,000 kilometres of standard gauge rail lines, agrarian revolution and additional 5,000 megawatts of electricity, with a completion cycle of three to five years” he said

On whether President Buhari is open to supporting an Igbo indigene to run as president in 2019, Osita said

”It is not only about Buhari’s backing, it is more about paradigm shift in the voting pattern of Ndigbo in 2019, which signposts realignment of political forces. The Igbo, since 1999, have religiously been voting for the Peoples Democratic Party, without commensurate results. Common sense dictates a paradigm shift in our voting pattern in 2019. Buhari in 2003 and 2007 had Igbo sons as running mates – Chuba Okadigbo and Edwin Umezoke of the blessed memory. Yet, we failed to vote for him. To align with the mainstream, we should vote for him now. He subscribes to equity and justice and cannot jeopardise the chances of a credible Igbo candidate who can appeal to our brothers and sisters in other regions, especially the South-West and South-South”.